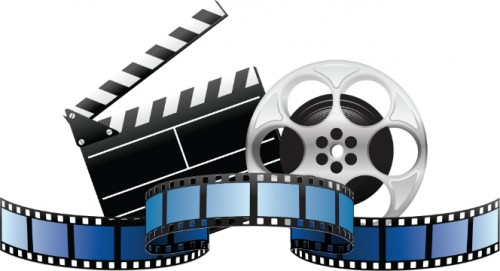 Every entrepreneur has such situations when you want to give up and quit. And in this case it is important to get a dose of motivation from outside. Well here is  top motivational films. This article is dedicated to 12 motivating films about success in business and life in general.

This story is about of the legendary hockey player Valery Kharlamov and his coach.  It teaches not retreat, and always seek yours. Very instructive comedy with great comedian Jim Carrey. The film will teach you to open up to new opportunities and always tell them, “Yes”! №10. The man who changed everything

The story tells about the manager of a baseball team that throws the stereotypes and decides to go to his purpose by his own methods, which in turn causes a storm of public outrage.

According to this film, you should always listen to yourself and not to be led by public opinion. The story is about two friends, who has cancer.  And how they decide to do everything that thay don`t make while their life.

Very pleasant comedy, which helps to understand what are the main goals in life. Great movie for start-ups. It tells about a young man who decides to create a business from scratch and do everything to find the best way to earn money. Excellent presentation of the material with elements of humor. Serious film based on real events. The film tells about a young guy from the Soviet Union, which is trying to build his own rocket. The first failure condemned relatives and associates. But how change their opinion when he reaches planned.

The point of the film – you should never give up. The story of the creator of the famous social networking site Facebook Mark Zuckerberg. Great movie, which motivates the creation and success in your favorite business. An interesting film, which raises important moral principles of mutual aid. Its point is that we should not to dwell on the good deeds, because good begets good. The film raises questions about his actions. A complex plot and unexpected ending. Required for viewing to rethink their perception of the world. Another film, which advises to never give up. The film tells the story of a black guy in the US Navy. A very strong film, which will help you get out of difficult situations in life when you step away from the abyss.

The slogan of the film: “history is made by those who break the rules.” A film about surprising someone with a limitless willpower. Very motivated to never give up, no matter what.

The ending is very touching and will not leave anyone indifferent. №1. The Men Who Built America

This is a film about the American entrepreneurs. It consists of 8 episodes. Each series lasts for 40 minutes and tells the story of one of the great entrepreneur who was able to change the world. The film is not only about business, but it reveals the details of the competitive war.

This film is mandatory viewing for all entrepreneurs! This selection of films may be appropriate for different situations in life, motivating and giving strength to leap.