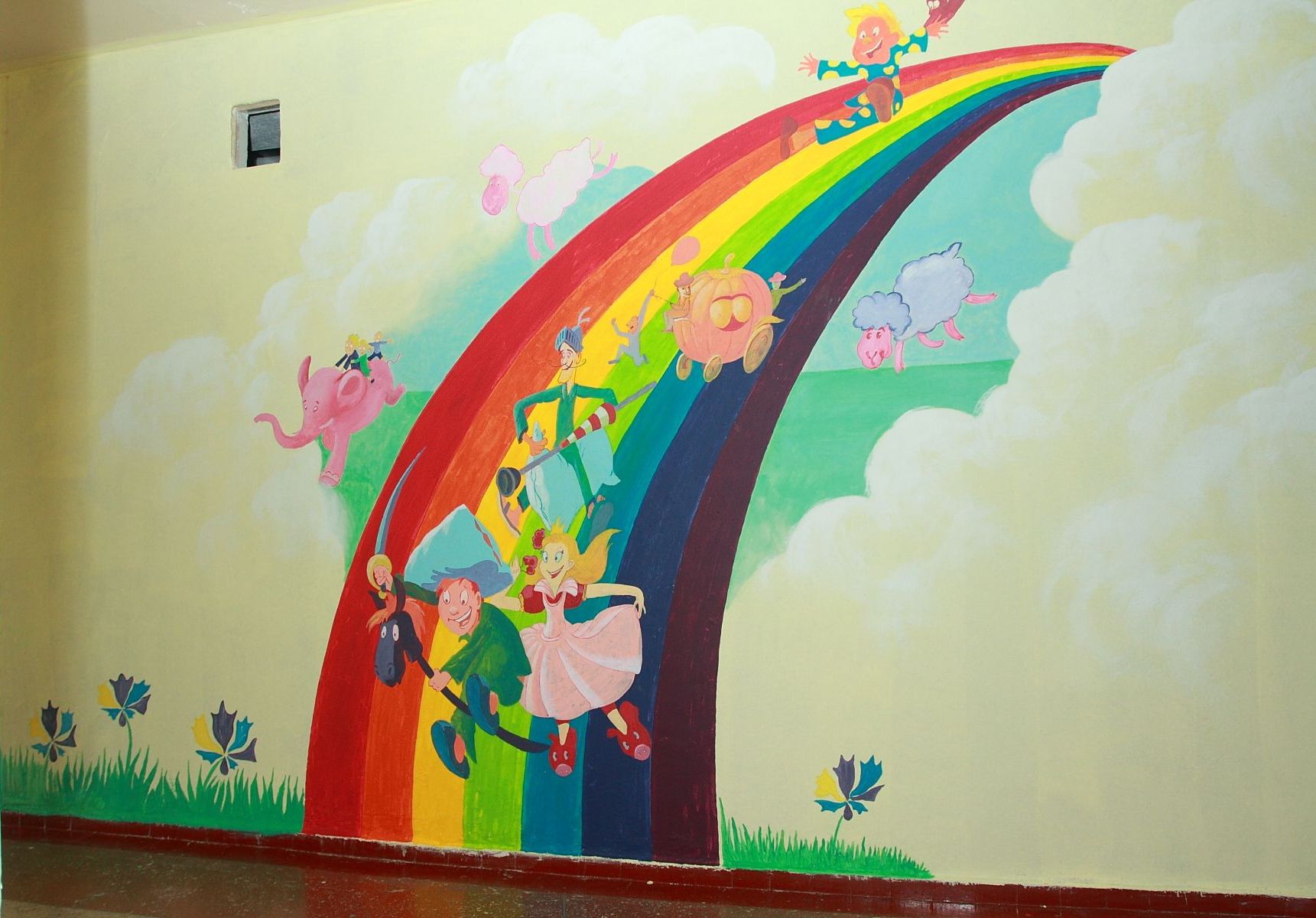 The hospital treats the most serious infectious cases not only from Kiev, but also from the whole Ukraine. The hospital box section consists of 12 rooms comprising children with diphtheria and complicated forms of droplet infections. Some children spend as much as several months in the boxes.

In spite of the fact that initially the “Colours of Life” project was aimed to improve environment in maternity homes of Ukraine, we have expanded it and think that to help to raise sick kids’ mood in children’s infectious hospital corresponds the project purposes completely. The matter is that colourful transformation of the walls will influence creation of the new positive environment where it will be easier for kids to cope with illnesses — Oleg Zakhorolsky, Director on Development and founder of ZIP Company.

The pictures on the box walls are less bright than in maternity homes, as, according to psychologists’ advice, they were performed in pastel and beige tones.

Two hospital box rooms have been painted by the efforts of Triora brand and Rotary club.